The next article consist mainly in images.

With all the pollution on these days for example in my apartment is a lot of dust so i have decided to make an air purifier from some common elements which anyone could find in the warehouse. Because it will be all the time in my room i’ve mounted on it a LED strip to be used also as a lamp when is powered from a 12volts dc power supply, in order to reduce the  electricity consumption   (and the pollution) it will be powered as an air purifier from a solar panel without the LED.  For example if you want to use only the LED strip you have to remove the jumper from the fan and so, you have powered on only the LED strip as a lamp.

I must say that the fan i’ve mounted has an air flow of about 38CFM(cubic feet per minute). So if you have a room of about 5x6x2.5 meters(16.40×19.68×8.20) it has a volume of V=75 cubic meters or V=2646 cubic feet. With the mentioned air flow , results that the fan could recirculate all the air in approximate 70 minutes. But with the filter the air flow is significantly decreased so it wil take a much longer, but because it will be powered from a solar panel it is working as long as it has sun.

A schematic is in the image below: 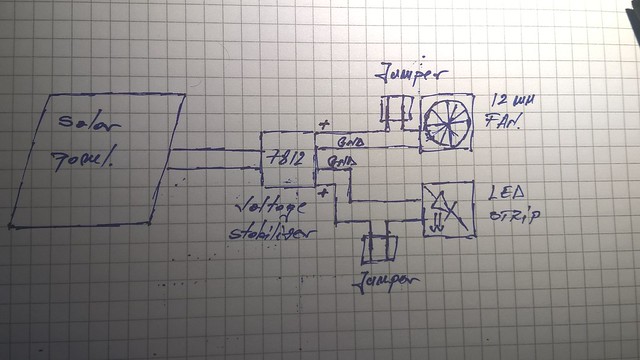 As you can see a solar panel power up voltage stabilizer 7812 and after that goes to the fan and to the led strip. To stop one of the loads or both i have mounted two jumpers one for each circuit.

Now the body is formed from an 100mm PVC tube like the one below: 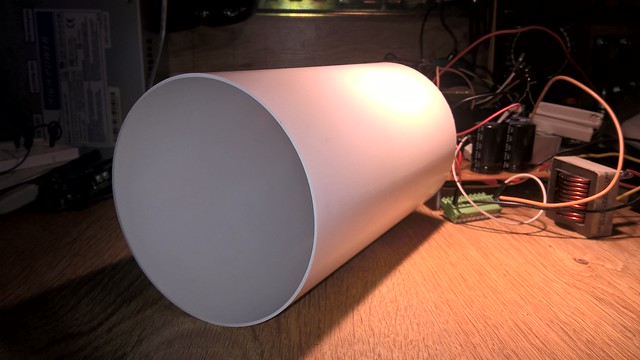 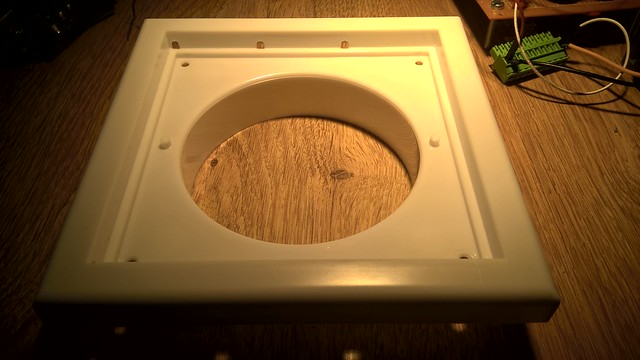 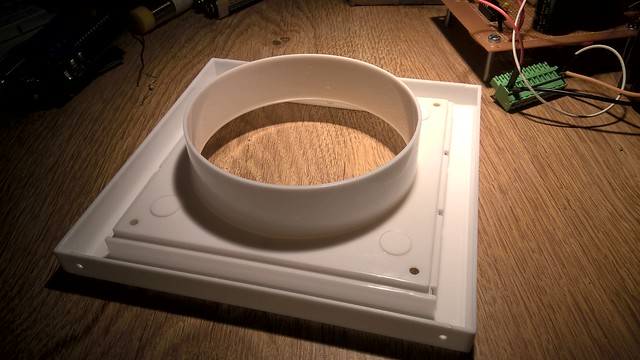 Each one of these frames can be perfectly mounted with the tube, because they are created for 100mm ventilation systems. 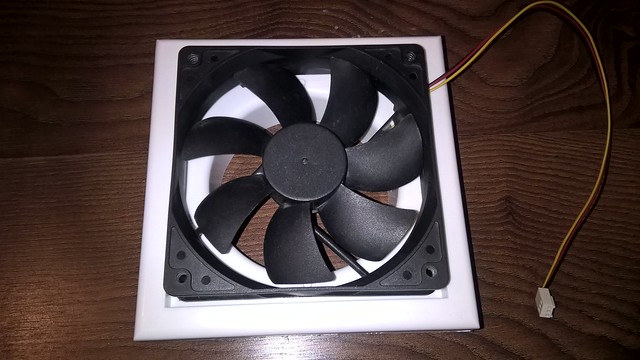 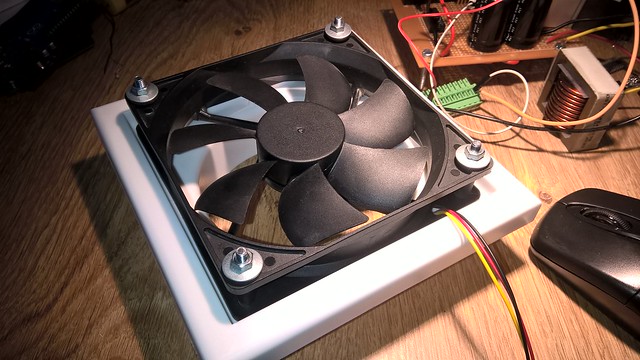 Next the fan frame with the tube: 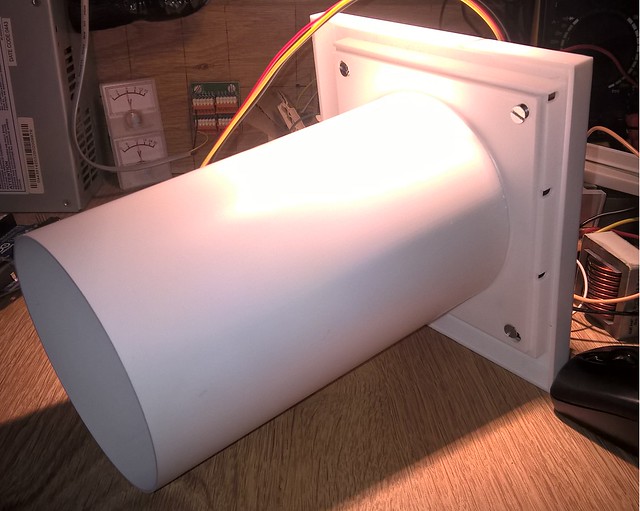 The filter is a common vacuum cleaner filter. I cut it at approximately 5 mm larger than the tube: 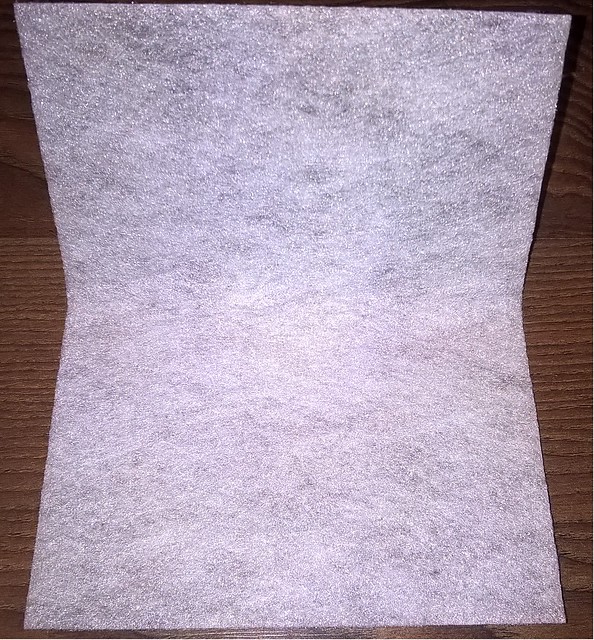 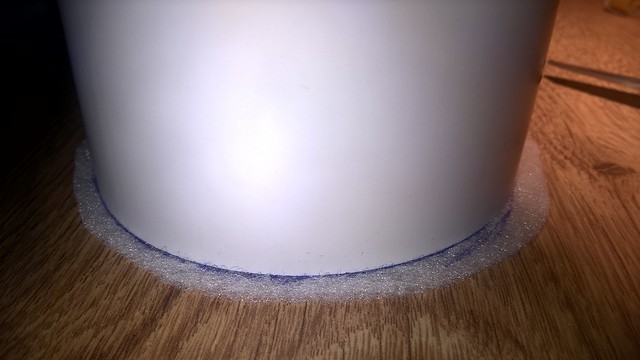 After that i’ve mounted so that, the outside of the filter to be between frame and tube. 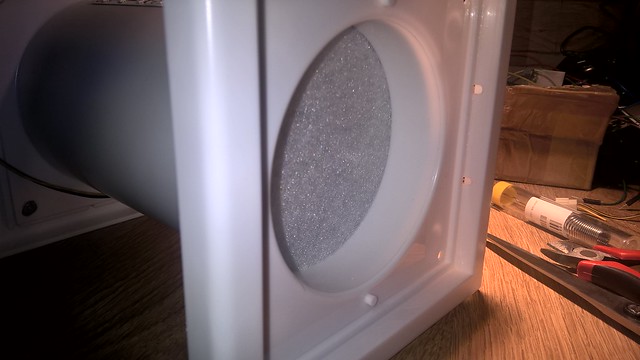 The electronic board is formed from the 7812 voltage stabilizer ,couple of pins and two jumpers: one for fan and one for the led strip like in the schematic presented in the first image: 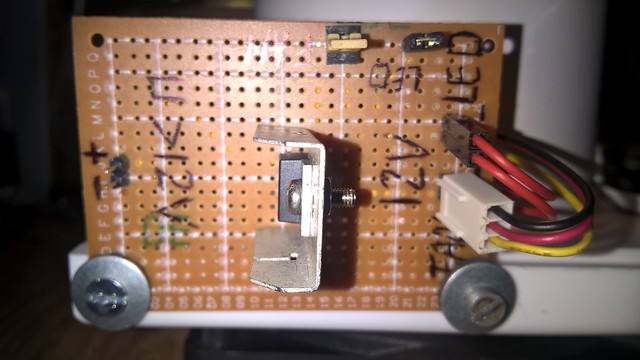 The LED strip i have is 5 meters lenght and has an adesive part for mounting. Because the tube is at 35cm i have cut it at every 9 LED’s  and solder it:

Now the LED strip mounted to the tube:

For the solar panel i used a polycarbonate sheet 50cmx60cm and a regular 156x156mm(6″x6″) solar cells.  Because the cells were to big i cut them in four equal pieces with a diamond(hard for the first time-i broke some cells)(you can see videos on youtube how to cut them) and solder them(also from youtube tutorials). You can find some smaller cells already cutted.

I have glued with silicone sealent or adesive all the cells on the sheet.

Or, you can buy one at 25-30 wats. It is more efficent and more pleasant to the eye.

The result is in the picture below: 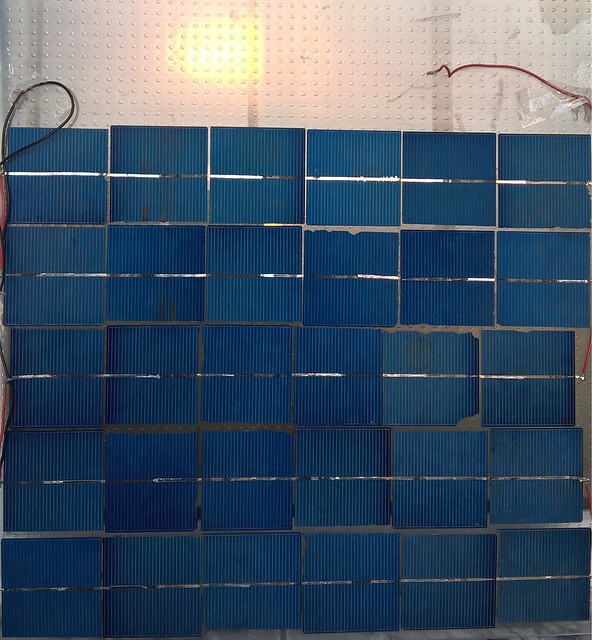 The final results are: 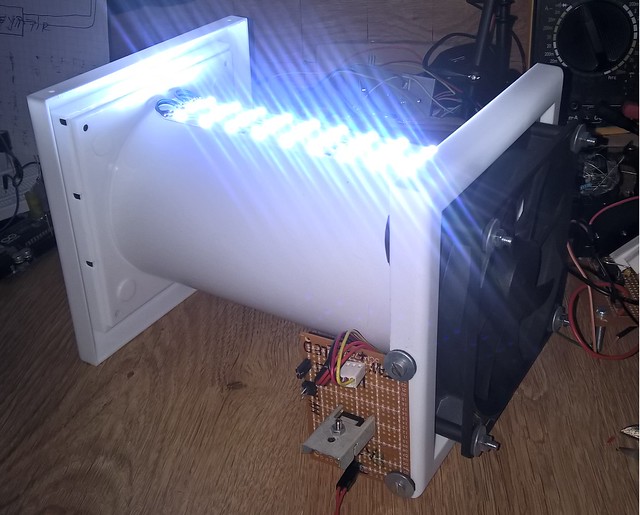 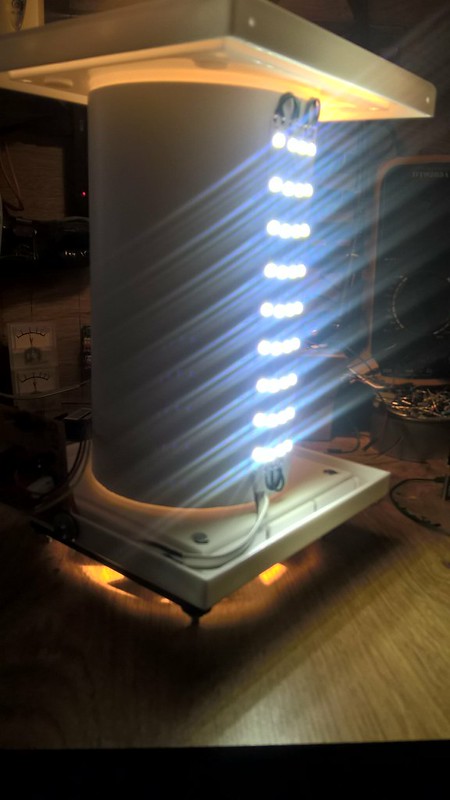 As i say this device can be powered from a solar panel or from a 12 volts dc power supply, and you can choose what to be powered on(LED or fan).

A short video without the filter and the LED strip: